In 2020 Country Superstar Doug Supernaw is still a loved and very popular artist among country music fans but right now Doug Supernaw needs our help. Here is his story!


Doug Supernaw was born on September 26, 1960 in Bryan Tx. and raised in the Inwood Forest section of northwest Houston.  He attended Eisenhower High School and excelled in sports, particularly baseball and golf.  In fact, his skills on the golf course were good enough to win him a golf scholarship to the University of St. Thomas in 1978.

Doug’s music career started over 30 years ago in the late 1980s in Texas  where he started playing with several local bands.  In  1987  Doug  moved to Nashville, TN. where  he spent the next 4 years working as a session song writer.

In the early 1990s Doug moved back to Texas and formed a band called Texas Steel.

While  playing small venues and paying his dues, Doug Supernaw was  discovered by several  Record Executives at which time  he was signed to  BNA Records in 1993.   At that time country music needed a fresh new face and Doug was the man for the job.  Doug was an over night success and quickly became the hottest thing in country music after he released  his debut album, Red and Rio Grande.

Doug  released a string of hits from the album, starting with “Honky Tonkin’ Fool.” He then released  “Reno”, as  the second single and it reached the top 5 soon after its release. Reaching the top 5 was a great achievement  but the best was yet to come.
Doug continued his success when he released, “I Don’t Call Him Daddy.”

On December 18, 1993 “I Don’t Call Him Daddy became his 1st Number One hit on the Billboard country singles chart . The popularity and success of “Red and Rio Grande” went on to be Supernaws 1st certified gold album.

One of his greatest achievements happened in 1996. Doug’s hard work and unique talents  earned him   the  “Song of the Year” award in 1996 from the ACM for “I Don’t Call Him Daddy. ” Doug Supernaw had became a superstar!!

Throughout the years Doug Supernaw has achieved world wide fame  for his unique voice and popular hit songs  such as “I Don’t Call Him Daddy,” “Long tall Texan,” ‘What About Me,” “Reno,” “Not Enough Hours in the Night.” and many more.

In 2016 Supernaw was inducted into the CMA of Texas Hall Of Fame, and on April 1st of that SAME year the country music star released a Greatest Hits album which included new versions of his most popular tunes, as well as two new songs, “Here’s My Heart” and “The Company I Keep.”

On November 6, 2018 during a ceremony in Las Vegas Nevada Doug Supernaw was married to his now wife Cissy Allen Supernaw.   SEE VIDEO BELOW:

On Jan 25, 2019 Doug Supernaw checked into a Houston hospital with a nagging cough. He was initially diagnosed with pneumonia, but  further tests over the next week would sadly  reveal the worst news of his life. It was confirmed that  he had stage IV lung and bladder cancer. The bad news quickly spread throughout his fan base and their was an instant out pouring of  love and help from his family friends, and fans.
Through out the next year, with his wife Cissy and family by his side Doug’s health started improving. It was great news that his family , friends and fan base were so happy to hear.

Doug and Cissy & a Fan

To all of our suprise, 20 months later on  Oct 18, 2020 Doug Supernaw’s wife, Cissy Supernaw   publicly posted an update about Dougs health on the official Doug Supernaw Facebook page.

Mrs. Supernaw sadly stated that  Doug’s  cancer had spread into other parts of his body and he  has been sent home and  placed under at home hospice care . (You can see the statement below)

Please pray for Doug and Cissy along with their family. This has been a very hard situation for all of them to deal with.
Doug’s illness along with a lack of payments from his music due to a contract dispute  has taken away his ability to earn a living and has created a financial hardship for him and Cissy. The doctors and other medical expenses have been being paid out of pocket and have became to much to handle.
Although there have been benefits in 2019 for Doug that went to pay for his medical expenses the doctors bills continue to keep adding up.
The Supernaws are great people and this  is a very sad situation for them.  They could really use some well deserved help from all of us.
Doug’s wife Cissy has been his rock and by his side throughout all of this and will continue to be.
She has a lot of cool merchandise for sale on her FB page that is going to  help with Dougs reoccurring  medical costs.
Since the announcement from Cissy Supernaw on October 18th there has been a huge outpouring of love and support for Doug Supernaw from his friends and fans.
The question that has been asked 100’s of times is; “What can we do to help?”
Cissy’s answer to that is that if anyone wants to help them she is asking for them  to go to her Facebook page and to please buy a Doug Supernaw T-Shirt.
All of the money made from these merchandise sales will go directly to help pay for Doug’s rising medical bills.
I am asking everyone to please show your love and appreciation for Doug and Cissy Supernaw.
Below you will find a link to Cissy Supernaws Facebook page where you can purchase merchandise directly from her.
If you would like to donate money to help the Supernaws during these hard times then please  follow the donate link below that will take you to the gofundme page.. Any amount helps and is really appreciated. All sales and donations go straight into Cissy’s account that she has set up to pay for Doug’s medical expenses.

You can also go purchase them in person with no shipping charge at:

Cissy’s So Much Stuff

All Merchandise is Available Online or at Cissy’s So Much Stuff Livingston Tx.

Available Online or at Cissy’s So Much Stuff Livingston Tx.

White Doug Supernaw Official Shirt with Black Print (The Back)

In early 2019 it was announced that Country Music Star Doug Supernaw had been diagnosed with stage 4 bladder cancer. Through the love of his family, his fans, and God’s hands he fought it and his health started to improve . We were all so happy for him for seemingly beating the odds and fighting to live.

THIS HUSBAND, FATHER, AND  GREAT ENTERTAINER NEEDS OUR HELP!

PLEASE  BUY A  T-SHIRT OR YOU CAN DONATE ANY AMOUNT  OF MONEY USING THE DONATE BUTTON.

THANK YOU ALL FOR YOUR HELP AND PLEASE CONTINUE TO PRAY🙏 FOR DOUG SUPERNAW AND HIS FAMILY. 🙏

Will It Be President Trump or Joe Biden? 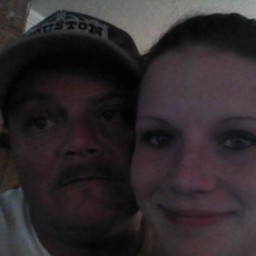 Our Creators and Authors